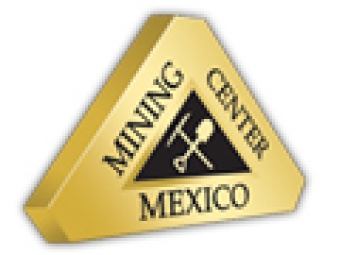 Kootenay Silver Inc. (TSXV: KTN) (the “Company” or “Kootenay”) announces it has completed 7 holes along the Soledad Structure before the Christmas break. Drilling will recommence in January and results will be reported when received and compiled. This is the 18th hole of the current program with 11 of these holes drilled in to the Ram structure resulting in a new drill discovery. (See news release November 23, 2016)

Concurrent with the drill program, ongoing ground exploration has identified a new large gold target that is associated with a contact skarn zone representing a potentially significant gold target. The Company believes the newly identified zone, which trends east-west for up to 1000 meters, may be the extension of the Navidad target that includes an untested silver-lead anomaly approximately 500 meters east of the La Cigarra deposit.

The current ground exploration and reconnaissance program is a prelude to an extended multi-phase drill program that is expected to be executed over the next 12-18 months on the property with the objective of adding new resources to the La Cigarra deposit and discovering new silver resources that sit adjacent to and outside of the Company’s established NI 43-101 resource estimate.

James McDonald, President & CEO of Kootenay Silver stated: “We are very pleased to report on the progress of our ongoing ground exploration program. Results to date from the program support our belief that La Cigarra and the surrounding region of the property holds significant untapped potential for multiple new discoveries and the future internal growth of our existing silver asset. The work we have accomplished thus far in the program has clearly set the stage for an exciting winter drill season in the coming months ahead.”

Previous soil-sampling over the gold target was conducted on a 50 by 50 meter soil grid that defined a 1000 meter long trend, 600 meters of which is defined by soils above a 50 ppb gold cutoff. Click on the following link to view a set of maps highlighting the gold-in-soil anomaly found at the skarn zone situated northeast of the La Navidad Zone: Gold, Silver and Lead Anomalies Maps of La Navidad Zone.

The La Navidad is one of 8 prospective targets that have been identified proximal to the La Cigarra deposit with the potential to add near surface silver resources to the project.

All technical information for the La Cigarra exploration program is obtained and reported under a formal quality assurance and quality control ("QA/QC") program. Samples are taken under the direction of qualified geologists and stored in sealed bags. Samples are delivered by the Company via courier to ALS Minerals ("ALS") in Chihuahua. The samples are dried, crushed and pulverized with the pulps being sent airfreight for analysis by ALS in Vancouver B.C. Systematic assaying of standards is performed for precision and accuracy. Analysis for silver, zinc, lead and copper and related trace elements was done by ICP four acid digestion, with gold analysis by 30 gram fire assay with an AA finish.