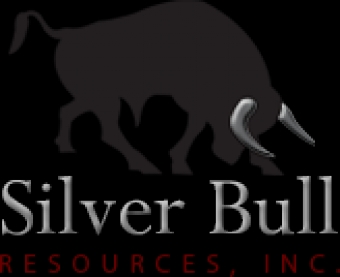 During 2016 the company completed a 590 line kilometer airborne magnetic geophysics survey over the main deposit at Sierra Mojada. This work identified a number of deep structures that are coincident with known high grade historical silver and zinc mines in the area. Strong copper anomalies are also coincident with these structures and are thought to represent hotter fluids coming up from depth.

In addition, several drill holes previously drilled in the area outlined by the geophysics survey intercepted structurally controlled sulphide mineralization including, drill hole "B11144", which intercepted 8.45 meters at 17% zinc, 5.45% lead, and 60g/t silver starting at 193 meters. Underground mapping and sampling in the same area, identified another zone of structurally controlled sulphide mineralization with channel samples returning grades up to 690g/t silver, 15.25% zinc, 4.8% lead, and 1% copper.

In late November 2016 Silver Bull commenced an initial 3,000 meter exploration drill program using Major Drilling to target this sulphide mineralization. Approximately 1,400 meters of drilling was completed by the end of 2016. The continuation of this program is now underway at Sierra Mojada with a planned initial program of 1,600 meters. The company expects to have initial results from the drill program at the start of March 2017.

In addition to the silver mineralization reported at Sierra Mojada, Silver Bull has also previously defined a discreet and separate high grade zone within the project of "measured and indicated" zinc oxide mineralization of 10.03 million tonnes grading 11% Zinc (at a 6% cutoff grade) and which represents one of the largest undeveloped zinc resources in Mexico. During 2017 Silver Bull plans to refine the metallurgy on this zinc zone, the last piece of information ultimately needed for a preliminary economic assessment on the zinc zone.

Tim Barry President & CEO of Silver Bull states, "The start of 2017 is shaping up to be an exciting one for Silver Bull. The exploration drill program targeting the sulphide mineralization provides a new aspect to the Sierra Mojada story which I believe will be transformative to the story if we are able to intercept any significant zones of sulphide. In addition with the strong recent performance and positive outlook for zinc, we now feel the time is right to push the zinc part of the Silver Bull story. Very few companies have zinc assets of the size and grade we have at Sierra Mojada, especially with the sort of infrastructure we have close by immediately adjacent to the project, and in a viable mining country like Mexico. When I consider the silver and zinc resource already defined at Sierra Mojada, coupled with the exploration upside, Silver Bull provides a unique opportunity for investors in both base and precious metals".

A rigorous procedure is in place regarding sample collection, chain of custody and data entry. Certified standards and blanks, as well as duplicate samples are routinely inserted into sample shipments to ensure integrity of the assay process.

About Silver Bull: Silver Bull is a mineral exploration company whose shares are listed on the Toronto Stock Exchange and trade on the OTCQB in the United States, and is based out of Vancouver, Canada. The "Sierra Mojada" project is located 150 kilometers north of the city of Torreon in Coahuila, Mexico, and is highly prospective for silver and zinc.

The technical information of this news release has been reviewed and approved by Tim Barry, a Chartered Professional Geologist (CPAusIMM), and a qualified person for the purposes of National Instrument 43-101.

On behalf of the Board of Directors