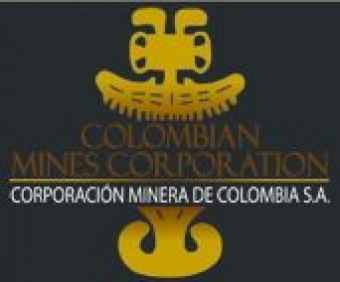 These coincident anomalies indicate the circulation of solutions destructive to magnetic minerals within large structurally controlled zones and are typical of magnetic and radiometric signatures associated with large epithermal systems. Several of these anomalies are spatially associated with known gold – silver - copper occurrences where the Company’s surface reconnaissance sampling as previously announced in the Company’s release of December 10, 2012 has returned results to 49 grams gold per metric tonne (g/T Au), 773 grams silver per metric Tonne (g/T Ag) and 26% Copper (Cu). Other similar anomalies, outside of the areas prospected to date, indicate potential to discover additional areas of epithermal style mineralization on the property.

In addition, several large coincident magnetic and potassium highs correspond with mapped bodies of hypabysal intrusives, and are consistent with the magnetic and radiometric signatures commonly associated with porphyry systems.

Recent field checking of select anomalies identified strong outcropping vein systems coincident with magnetic lows and potassium highs. Vein mineralization consisting of semi massive vein quartz with abundant copper oxides, ranging from four (4) to more than 20 meters in width as seen in the photo at http://www.colombianmines.com/i/photos/MercedesNRP1.jpg, was traced for over 500 meters in continuous unbroken outcrop along one such mag – radiometric anomaly that is more than seven (7) kilometers long. Similarly, strong quartz-alunite-adularia open space, stock work veining as seen at http://www.colombianmines.com/i/photos/MercedesNRP2.jpg was found associated with another coincident mag low and potassium high in the northern portion of the property.

Colombian Mines will be exhibiting at PDAC in Session A, Sunday and Monday, March 2 and 3 in booth 2215A. The Company will also be presenting the El Dovio project in the Core Shack Session B, Tuesday and Wednesday, March 4 and 5, and will be making a corporate presentation on Tuesday, March 4 at 4:40 PM, Session Gold – Americas 3, Room 801A, MTCC, South Building.

Mr. Robert G. Carrington, P. Geo, a Qualified Person as defined by National Instrument 43-101, the President and CEO of the Company, has reviewed and verified the technical information contained in this news release.

Colombian Mines Corporation is an aggressive exploration and development stage company with a distinct "first mover" advantage in Colombia. Focused on developing shareholder value through exploration and development of key projects, the Company is also one of Colombia’s leading "prospect generators". Further information can be found on our website at www.colombianmines.com.