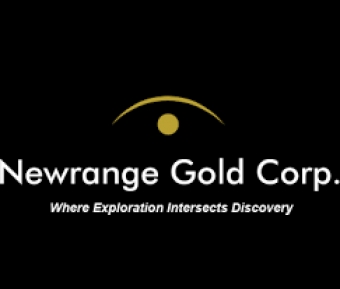 VANCOUVER, BRITISH COLUMBIA, August 8, 2017 (TSX-V: NRG, US: CMBPF, Frankfurt: X6C) -- Newrange Gold Corp. ("Newrange" or the "Company") is pleased to announce MPX Geophysics of Ontario, Canada has started flying high resolution airborne magnetic and radiometric surveys at the Company's high-grade Pamlico gold project in Nevada. The Company has also contracted for a ground based gravity survey to start on or about August 21st.

These property wide geophysical surveys have never been done at Pamlico and are designed to help identify subtle alteration styles and the distribution and extent of favorable rock types that host the majority of the gold occurrences at Pamlico. The geophysical data will help refine known targets, as well as identify new targets for follow-up.

Since acquiring Pamlico, the Company has increased the property size more than 160%, staking 1,337 additional hectares comprising 160 claims that cover more than 7 kilometers along a northwest striking belt of variably altered and mineralized carbonate sediments. The Company has identified areas within this belt of highly anomalous gold mineralization with surface rock chip samples ranging from 123 parts per billion (ppb) to 5 grams gold per metric tonne (g/T Au) as disclosed in the Company's news release of November 21, 2016. Rock chip samples are useful for indicating areas of mineral potential, but generally cannot be used to estimate potential mineral grades. Combined with ongoing mapping and sampling programs the geophysical surveys will be used to refine drill targets.

Magnetic and Radiometric Survey
The airborne magnetics portion of the survey is expected to indicate weakly to strongly altered volcanic rocks, areas of relatively unaltered mafic volcanic rocks, and possibly identify both near surface and deeper intrusive bodies. The principal objective of the radiometric component of the survey is to differentiate and identify surficial expressions of various types of alteration commonly associated with volcanic hosted gold systems like Pamlico.

Gravity Survey
Gravity data will be useful in modeling post mineralization pediment cover on the property where the Company believes there is potential to discover concealed extensions of mineralized structures in favorable host rocks. One such area of pediment cover lies along trend and immediately adjacent to known high-grade gold mineralization at Pamlico Ridge and the Pamlico Decline, and depth to bedrock is believed to be relatively shallow, but has never been tested.

The gravity data will also be useful in assessing contrasting areas of high and low rock density. In the portion of the Pamlico District dominated by carbonate rocks, gravity data could indicate areas of low rock density where alteration has decalcified the rock. Decalcified rock, frequently associated with some silicification and brecciation of the carbonates along fault zones is commonly associated with anomalous gold at Pamlico and in gold systems throughout Nevada.

Ongoing Programs
The Company currently has multiple programs in progress at Pamlico including:

Mr. Robert G. Carrington, P. Geo, a Qualified Person as defined by National Instrument 43-101, the President and CEO of the Company, has reviewed, verified and approved for disclosure the technical information contained in this news release.

Located 12 miles southeast of Hawthorne, Nevada, along US Highway 95, the project has excellent access and infrastructure, a mild, year-round operating climate and strong support from Mineral County, one of the most pro-mining counties in the pro-mining state of Nevada. The Pamlico project covers the historic Pamlico group of mines, as well as the nearby Good Hope, Central, Gold Bar and Sunset mines.

Discovered about 1884, the district rapidly gained a reputation as being one of Nevada's highest grade gold districts. Held by private interests for most of its history, the property remains underexplored in terms of modern exploration.

Newrange is an aggressive exploration and development company focused on near to intermediate term production opportunities in favorable jurisdictions including Nevada, Colorado and Colombia. Focused on developing shareholder value through exploration and development, the Company is committed to building sustainable value for all stakeholders. Further information can be found on our website at www.newrangegold.com.